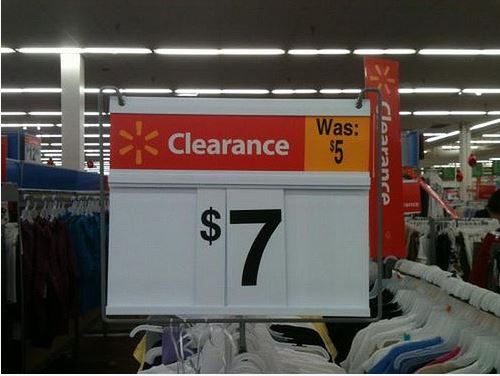 Store clerk: “If you open up a store card today you’ll get 55% off of whatever you buy.”

And so that’s how I went from buying a single pair of shoes to a whole bunch of stuff. At 45 cents on the dollar it was silly not to at the store which, to protect the innocent, I’ll leave unidentified (rhymes with Bandana McPublic).

But, much to my surprise, when I showed up at the cash register with my new wardrobe, the nice young man first applied a 40% discount followed by a 15% discount. I started to point out that I was only getting a 49% discount, not the 55% he promised, but math didn’t seem to be his strong point and half off was still pretty good.

I doubt many people even bother thinking about it. You can bet the people back in Bandana McPublic’s HQ do, though. In fact, as this article from a colleague of mine explains, shops fool people by doing the same thing in reverse – so-called “stackable discounts.” An item will say “20% off” and then “take an additional 25% off.” People mistakenly assume they’re getting 45% off rather than the actual 40%.

But sometimes companies shoot themselves in the foot by underestimating their customers’ innumeracy. The most famous example is when a chain offered a “Third Pounder” for less money than a McDonald’s quarter pounder in the 1980s. Despite a big marketing campaign, consumers shunned the deal. The company couldn’t figure out why until they held focus groups and found that many people thought they were getting ripped off. Three is less than four, you see. D’oh!

Further underlining the saying that those who don’t learn from history are doomed to repeat it, McDonald’s tried the same thing … twice! Here’s the latest iteration from last year. 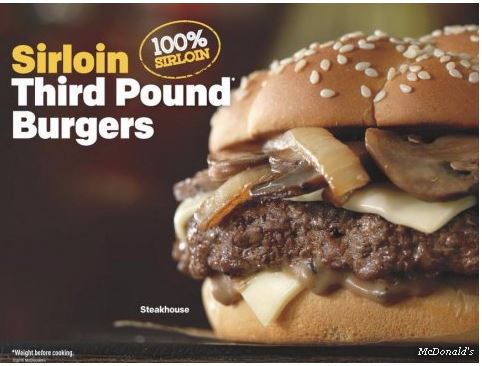 Usually, though, it’s consumers that get the short end of the stick. It turns out we aren’t very hard to fool according to a study in the Journal of Marketing. Students were offered two deals, 33% extra coffee or a 33% discount on a cup of coffee. They were indifferent between the two despite the fact you would need one-and-a-half times as much coffee to get the same discount.

So caveat emptor and please do the math.

I rite good.
View all posts by SJ →
This entry was posted in Economics, Stupidity, Uncategorized and tagged banana republic, math, mcdonald's, shopping. Bookmark the permalink.

1 Response to Math Is Hard