Oh, Did I Mention I Went to Princeton?* 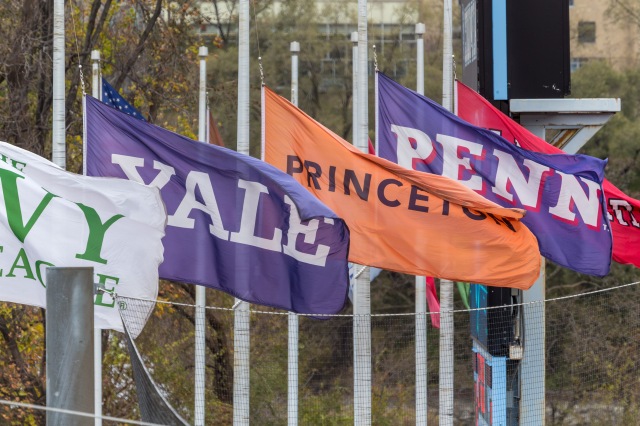 The shocking college admissions scandal has produced some interesting reactions from outrage to schadenfreude to utter disbelief that well-heeled parents would be so idiotic. After all, there is a fully-legal, tax-deductible way to get all but the stupidest kids into almost any college. Heck, until I see his SAT scores, I feel pretty confident that our president, not to mention his children and son-in-law, used this avenue. But then I guess this might come down to the gap between the rich and the mega-rich (think NetJets vs owning your own Gulfstream).

The most annoying response to the scandal, though, has been people tsk-tsking on social media that:

On the first point, I beg to disagree. Obviously the world is full of many successful people who didn’t go to name brand universities or even to college at all. The quality of education received at a state school can be every bit as good and in some cases better than at an Ivy League institution. One’s personal character, which includes grasping what is and isn’t ethical, is a huge component of career success.

But let’s not sugarcoat why these parents spent a few hours in jail on Tuesday and why many more shell out legal sums for sports lessons, prep school, donations to fancy colleges, SAT tutors, essay coaches, send their kids to help orphans in Haiti so they can write about it in those essays, etc. Cutting corners often pays off and the reason is that the social connections one makes and the bragging rights one gets for life by going to Princeton actually are pretty valuable. You are forever a member of a club that invites as many people as possible to apply and then rejects 95% of them.

Why go through all the trouble of getting into Princeton, whether by actual hard work or by concocting a ridiculous résumé, if you aren’t going to dine out on it for the rest of your life? I’m sure most people who actually went to Princeton (see my asterisk) don’t do this, but plenty of people I follow on social media humble-bragged as news of the scandal broke that they did. The ostensible reason for mentioning it was to insist that it doesn’t matter or to confirm that there were a lot of rich, undeserving dummies (but not them!) when they went there. What a great way to puff out your chest and flaunt your credentials.

A quick perusal of my entire feed reinforces my point, though. The sheer number who did go to one of these esteemed institutions (I generally follow people in “important” positions in business, journalism, academia) proves the career impact of attending one of them, or the U.K. equivalent – Oxbridge.

I understood that by the time I was 21 and succumbed to the siren song of the Ivy League after being nowhere-nearly diligent enough in high school to have done so as an undergraduate.  I racked up a lot of college loans back in the early 1990s to attend a graduate program at Columbia. I got a partial fellowship but, for the university, the program was a cash cow full of careerist eager beavers like me paying full-freight to get a credential and subsidize non-professional graduate programs.

My “investment” paid off pretty quickly. That master’s degree explicitly got me in the door for an interview at a big investment bank that led to a job that paid for my education many times over. It’s how I can afford to be a journalist now and raise my sons in an upper middle class suburb where people spend what for them is a lot of money to give their kids a legal leg up in the crazy college admissions process.

And so the insane cycle continues …

*(I didn’t really go to Princeton).