Who said necessity is the mother of invention? 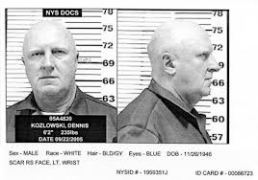 I happen to be a great believer in American ingenuity – particularly when it comes to products we don’t really need. The great nation that brought forth the pet rock and pre-made peanut butter jelly sandwiches without the rind has been particularly innovative when it comes to financial sphere – the stupider the better. Leveraged synthetic collateralized debt obligations anyone?

But I just read this from Vanguard Group’s Martha King: “We believe that the great exchange traded fund land rush is over. Virtually every square inch of the market is tracked by an ETF.”

I strongly disagree and think it has only just begun. Sure we can bet on the tiny Mongolian stock exchange or buy products that return three times the inverse of the gain of obscure industrial metals, but we’re still just scratching the surface. I humbly submit a couple of ideas, free of charge:

BALD An exchange traded fund that only invests in companies with depilated CEOs. You may scoff, but a widely-read Wall Street Journal article from last October cited a study done by the Wharton School which concluded that baldness can be a business advantage. It said that bald men “are perceived to be more masculine, dominant and, in some cases, to have greater leadership potential than those with longer locks or with thinning hair.” Well known baldies running big companies include Amazon.com’s Jeff Bezos, General Motors’s Dan Akerson and, last but not least, Microsoft’s Steve Ballmer. Then again, there may be a few rotten apples in this bunch: Dennis Kozlowski, convicted of looting Tyco, junk bond king Michael Milken, who also did a stint in the slammer, and, last but not least, Ken Lay of Enron, who dropped dead before a likely fraud conviction. Which brings me to my next idea:

JAIL Now obviously you wouldn’t want to own a company whose CEO merely was suspected of doing something for which he or she later wound up in prison. On the other hand, once the head honcho, or honchess, already is in the slammer, the returns can be eye-wateringly good. Take once high-flying media company Martha Stewart Living Omnimedia  whose namesake was convicted in July 2004 of insider trading. Over the next year, the stock soared by 224%. Why might a company that hasn’t already gone bankrupt at the time the boss is sent to the Big House be a good investment? For one, it’s radioactive, leaving it very cheap. For another, maybe the company was larded with expenses that can now be slashed by the new, honest bosses. And speaking of lard, my last idea:

… even people who are health nuts get in on the bacon crazy. They may join in on a bacon meme so they can feel like a bad ass without the health effects. I wouldn’t call these people part of the Bacon Nation, but they do add to the popularity of bacon.

So the reason that bacon is so popular is because almost everyone LOVES bacon (even if they don’t eat it themselves). What is also helping to bring bacon popularity to an all-time high is the fact that we are living in a time were healthy eating is almost government mandated. This is causing more people to join the anti-health movement than ever before.

Obvious beneficiaries of the bacon craze are Smithfield Foods, Oscar Mayer (owned by Kraft) and the state of Iowa. Much to my disappointment, I looked up this stock ticker and it’s already been taken by some obscure Chinese food company. Ditto for PIG. But PORK and BACN are still free. Soowee!

I rite good.
View all posts by SJ →
This entry was posted in Finance, Uncategorized and tagged bacon, baldness, enron, etfs, fraud, investing, kraft, no stock options in jail?, What. Bookmark the permalink.